My wonderful husband bought me a brand-new car about three months ago. A beautiful all black Toyota Rav-4. You can pretty much call her my third baby. We made a deal to not allow anyone to eat in car so it can stay nice and clean. Well, that lasted about two weeks… if that. We did great for the first two weeks. We only brought water in there and everything else was consumed in the house before we left. Then the busy, rushed mornings kicked into full gear where my son would refuse to eat breakfast all morning then decided he was hungry right before we had to leave for Pre-K. Of course. I couldn’t let him go to school hungry so he started taking breakfast in the car, whoops. He is in love with eating cereal without milk. That’s usually his breakfast. So, I would fill a little sandwich baggie full of cereal and let him munch on it on our ride to Pre-K and I’d fill a separate sippy cup with some water for him to have. No Biggie.

Of course though, forgetting he’s only four, whenever we arrived at daycare my car would either be filled with dropped cereal all on the floor or a torn-up baggie would be laying on the seat. Then, his sippy cup of water would be spilled on the seat or laying on the floor slowly leaking.  He’d never fail to make a mess with his food and drink.

So much for a ‘food free’ car. I kind of knew that wouldn’t last long. Especially with two young kids. Just the other day I was feeding my one year old french fries on the ride down to visit my parents.

“Oh darn, now all my snacks are dirty”

You would think I would have learned the first time that my son was going to make a mess, but you know, as a mom you always try to give them a million opportunities to do it the right way.

Then! A few weeks ago, we were introduced to the Nuby Snack N’ Sip Cup. Not only did I instantly fall in love with it’s adorable design, my son was ready to rip the cup right out of the packaging as soon as he seen it. It’s an adorable little pirate theme, and he just loved the fact that he could have his snack and drink in one place. It’s a spill proof cup for ages one and older. It has a soft, flexible silicone straw and it’s BPA free. You can find it in multiple designs here. The lid to the snack container easily snaps shut, so if the cup gets dropped the snacks won’t go flying and the drink doesn’t spill. It’s wonderful when it comes to being on the go! He was so excited about his new cup, he wanted to take it into Pre-K to show all his friends and I’m excited that my car no longer gets full of cereal!

This cup is a total win for me. My car stays much cleaner, he is learning to put to his cup in the cup holder and snap his snacks shut when he is done and I’m not going through a ton of sandwich baggies every week. I just rinse the cup out and it’s good to go for the next day. It’s the perfect size to put a good portion of snacks into the top and plenty of room for liquids on the bottom. I’ve come across cups where the snack holders were super small and barely any snacks fit into it. This is the first cup where I didn’t run into that issue. I love it! If now I could only find a fix for the muddy shoes and toys everywhere. Maybe one day!

*I received this product from Nuby as a review, but all opinions are entirely my own*

One thought on “All In One On The Go Snacking.” 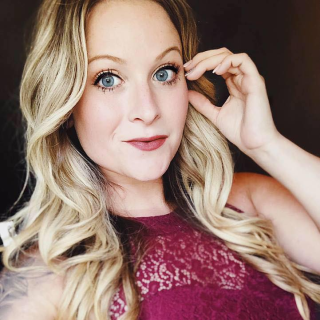